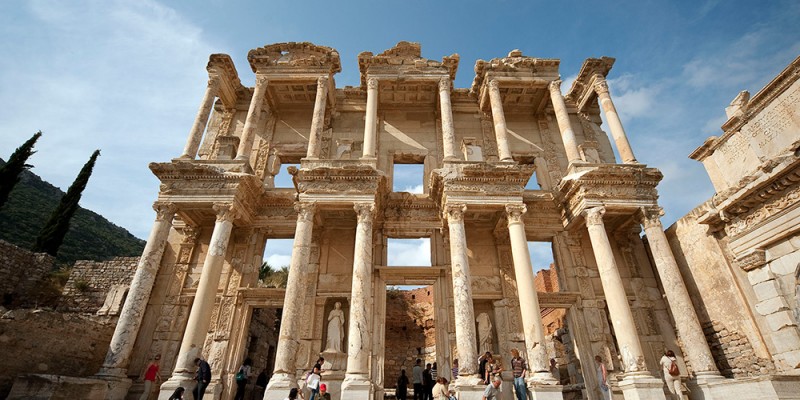 Located on Turkey’s Western coast, the Turkish Aegean region is a fantastic place to take a summer holiday. Offering ancient ruins and sites to visit, idyllic beaches and great weather, there is much here to keep tourists of all tastes occupied and entertained. Here’s my guide to Turkey’s Aegean for your August summer holiday.

The Aegean in August

The climate within Turkey during the summer can feel rather oppressive if you’re not keen on the heat. If you’re looking for some sunshine and warmth, then this is definitely the perfect destination. In the Aegean, August is dry, sunny and scorching hot with temperatures averaging 36C (97F). Temperatures do drop slightly at nighttime but if your hotel room doesn’t have air conditioning, it may be hard to get to sleep so make sure you check before booking. Don’t let the high temperatures put you off, you’re guaranteed great weather and you can easily cool down at your hotel pool or in the beautiful calm waters along some stunning sandy beaches.

The main reason for taking a holiday in August here is to enjoy the beaches and along the Aegean, you are spoilt for choice. Arguably the most popular resort along this coast is Kusadasi. A major port, Kusadasi is primed for tourists with many hotels, resorts and holiday apartments scattered throughout the town. Relax on one of the many beaches including Ladies Beach, Long Beach and Kustur Beach, which are all great places to catch some sun. If you tire of the beach, why not try visiting the bustling markets within town which are held on Tuesdays, Wednesdays and Fridays or visit Adaland, an exciting waterpark which will certainly help cool you down. By night, the beaches can become party destinations and there is certainly a thriving nightlife within town to enjoy your summer’s eve.

Of course, there are other beachside towns if the idea of bustling Kusadasi isn’t what you want from your holiday. The Turkish Aegean Islands, like their Greek counterparts, have some fantastic beaches to enjoy. The smaller island of the two, Bozcaada has some wonderful beaches which are much quieter than their mainland counterparts and are located to the south of the island. For dramatic scenery, I would definitely recommend visiting the beach that surrounds Bozcaada Castle. Not only is the beach great, but you can also visit the castle which is one of best preserved castles in the country. Swimming at Ayazma beach will certainly help to combat the heat as the sea here is cold throughout the year. To enjoy the seas fully, take a trip to the larger island, Gokceada which has become a renowned surfing destination.

Izmir is another popular destination along the coast here. The third largest city in Turkey, it is the capital of the Turkish Aegean and one of the oldest cities in the Mediterranean. International flights arrive directly into the Adnan Menderes International Airport and there are great transport links from the airport into the city. Much of the city’s ancient past has been preserved and this is obviously a major draw but equally, the beaches here attract a lot of attention. Popular beaches to visit include Alacati which is a great place to windsurf and along the Cesme Peninsula. Cultural sites within the city include Konak Square and its clock tower, the Hisar Mosque and the Archaeological Museum in the Konak District which has an impressive collection of artefacts from many of the local ancient towns and sites.

The Aegean is famous to us all from the stories of Ancient Greece, with one of its most famous set in Turkey. Located on the northern coast of Turkey, Troy is just under 300km away from Izmir and is definitely worth a visit if you choose to base yourself in the north. Here you’ll be able to relive the tales of the Trojan horse and see the legendary walls which held back the Greeks for so long.

With your appetite for the ancient whetted, take a trip to Ephesus which you’ll find close by to Kusadasi. The town has the highest concentration of Roman ruins in this area and here you’ll be able to see the site of the Temple of Artemis which was one of the seven wonders of the Ancient World though there isn’t much left here to see. Thankfully, many other ancient sites have been better preserved including the impressive Library of Celsus, the Odean and the Gate of Augustus. Alternatively, visit Bergama which you’ll find located two hours north of Izmir. Here you’ll be able to see the Pergamon Ruins, the Acropolis, Asklepion and another impressive archeology museum. 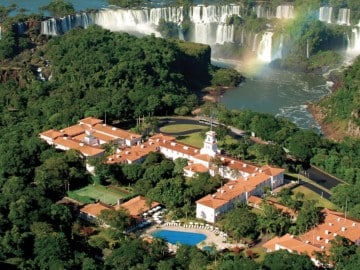