Film directors spend a great deal of time and money into choosing the perfect setting for their films and often these turn into iconic locations. For your summer holiday this year, why not visit some of the locations showcased so beautifully on the big screen. Here’s my top movie destinations to visit this June.

In spite of its French setting, much of the multi award-winning ‘Les Miserables’ was filmed on location in London. In many ways, it provided an apt setting and a great place to start your tour of Les Mis London is to visit the iconic West End where the theatre show made its mark as one of the must see shows since 1985. If possible, get tickets to see the show which is currently on playing at the Queen’s Theatre. Having experienced the stage show, take in the Les Miserables film locations by touring Greenwich to see the Royal Naval College and also the Historic Dockyards in Chatham, both of which transformed into the streets of Paris in the film. London is fantastic in June, when the sun is shining and temperatures average 20C (68F). June also ties in nicely with a Les Mis trip as the end of the month annually hosts West End Live which celebrates the very best of musical theatre in the city.

Having set the precedent for Middle Earth in the Lord of the Rings Trilogy, Peter Jackson returned to his homeland once more for his Hobbit trilogy. Many of the sets are still up to be visited but due to a want to preserve the natural landscape, many of these will be returned back to their natural state within the next few years. Essentially, if you’re a big Tolkien or film fan, there’s no time like the present to visit Middle Earth. Fly into Auckland and work your way down south through the two islands. In Matamata, take a tour of Hobbiton and wander around the actual set as used in The Hobbit. Set up in a working farm, you’ll feel as though you’ve stumbled across The Shire. Tours are also available to work your way across both of New Zealand’s islands, taking a trip to ‘Mordor’ by exploring some of the country’s natural wonders.  June marks the start of winter in New Zealand though temperatures still average highs of 16C (61F) and temperatures fall as you make your way south through the country.

Arguably one of the biggest movie franchises of the past few years, the Twilight Saga has captured the hearts and imaginations of women off all ages across the world. Whilst the Cullens and Bella live in Forks, Washington in the books and films, shooting actually took place in Portland, Oregon which makes it the must-see destination for all ‘Twihards’. Oregon sits on America’s Northwest coast, close to the border of Canada and June temperatures here average a comfortable 25C (77F) with long hours of sunlight. Arrive in Portland and once you’ve explored the city, including a trip to the Cullen house, head out to Saint Helens to tour the town in which many scenes were shot. The state’s natural landscape also had a big part to play in the film, so make sure you take in a trip to Multnomah Falls and the Columbia River Gorge. Oregon’s neighbour state is Washington, so you could complete your Twilight experience by heading West to the actual town of Forks.

Definitely one for the guys! The Hangover epitomizes the ultimate stag do, set in one of the most raucous cities in the world. Las Vegas is geared up for a high-flying, high rolling time, with bars, casinos and clubs open around the clock. Many iconic films have been set in this desert city, most recently The Hangover and both the modern-day and Rat Pack ‘Oceans’ films so there is much to see here. The main lure here is to take a tour of the casinos by visiting Caesar’s Palace, The Bellagio (with its iconic fountains) and The Riviera and try your hand at maybe even winning a few dollars. You certainly have your pick of casinos to choose from! You should also include a trip out to the Hoover Dam, as featured in Transformers and Superman. Whatever you do, ensure you pack the sun-cream as Vegas can get rather hot during June, with temperatures averaging 29C (85F) and rainfall at its lowest. 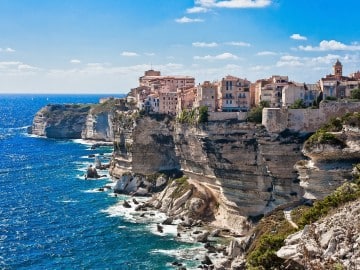 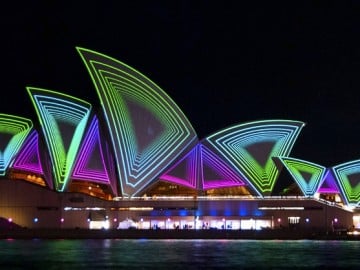 Outdoor festivals to enjoy in Australia