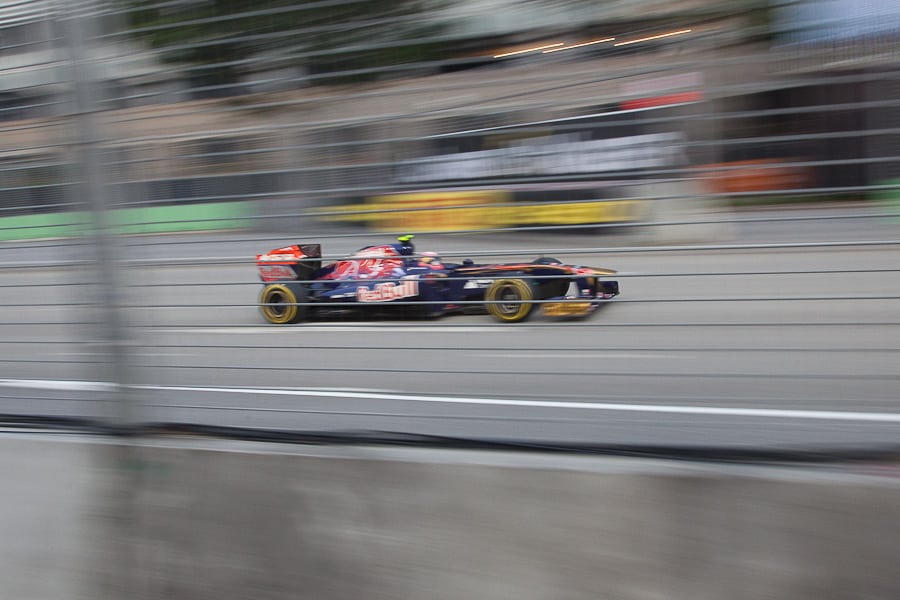 In the last 20 years Singapore has seen a huge boom in business, its city centre transformed seemingly overnight as new skyscrapers appear and more land is reclaimed. While Singapore has been firmly on the business map for some time it’s often been overlooked as a tourist destination, most of its tourists are travelling on to far-flung destinations rather than staying for too long.

In recent years Singapore has looked to change its tourist image and show the world it’s a place worth visiting, exploring and investing in. And what better way to get your country noticed that to host the most glamorous sporting event on earth, a Formula 1 Grand Prix.

In 2008 Singapore hosted its first F1 race and the world’s first Formula 1 night race, an ambitious $150 dollar project that many were unsure would be popular or even be safe, racing under thousands of light projectors along the street circuit. Now in its 4th year, the Singapore Grand Prix has become a firm favourite on the F1 calendar with a very unique challenge for the drivers and teams.

We had the pleasure of attending the 2011 Singtel Singapore Grand Prix which is unlike most Formula 1 race weekends for so many reasons. We’ve been keen F1 fans for many years so this was a real treat to be at such a demanding circuit that has always creating exciting races.

Singapore is one of only four street circuits on the F1 calendar but is very different from the others. A series of fast straights with sharp right-angle corners  means the circuit is very physically demanding for drivers and offers some great overtaking opportunities too. Apart from the start / finish straight which is purpose-built and is a permanent structure, the rest of the circuit is public roads adorned with temporary concrete barriers, catch fences, digital flags, marshal posts and of course the lighting system that illuminates this night race. It’s an impressive feat of engineer let alone impressive that a business-centric city like Singapore can shut down some key roads to host the event.

The tight corners, fast straights, narrow tracks with no room for error means every race here has been exciting so far and the 2011 race didn’t disappoint.

We sat at the Stamford Grandstand which is situated near the Swissotel and Memorial Park. A large grandstand with 5 sections that covers the short run between turns 7 and 8. Two right-angle turns left and right. This is arguably the best place to sit if you’re looking for some over-taking action as the cars race full-throttle down from turn 5, round the fast turn 6 and by the time they reach us they’re fighting for position at turn 7. We saw some epic overtaking battles with a couple of spectacular events. Lewis Hamilton losing part of his front wing in a collision with Philipe Massa and the other even more spectacular was Michael Shumacher driving far too close to the Sauber driver Sergio Perez. Schumacher launched in to the air after hitting the back of the Sauber and slammed back down on to the track, hitting a barrier quite heavily. Our front row seats gave us an incredibly close view of the action and our ear plugs were definitely needed as it isn’t just loud on your ear drums, it’s actually painful and quite damaging!

One thing they do really well at the Singapore Grand Prix is the entertainment. We’ve been to a few races around the world but none of them go to the extents that they do here. One big reason for this is that the race is at night which means you don’t just get to watch a race, you get to party too! Within the circuit is the Pedang area including the cricket ground and recreational parks. It’s the perfect place for a huge concert stage and some big name acts that play after sessions. This year the pop-sensation Shakira was playing the main stage along with reggae man Shaggy and after the race Linkin Park rocked the crowd. It was an impress setup and the crowd were very well entertained. In other parts of the circuit they also had 80’s sensations Boy George and Rick Astley performing, which I’m not to sad I missed out on! Dotted around the site were bars with a great number of staff to keep the queues moving very fast and a fantastic array of food at the hawker village.

Having been to a few races, most of the food you find at the circuit is burgers, fries, hot dogs and if you’re lucky a jacket potato. Not so in Asia!The array of food on offer was mightily impressive. Everything from gorgeous Indian curries, Korean soups, Japanese and Thai dishes, Malay and yes even some western food if you’re not feeling adventurous. As races go they certainly keep you well watered, well fed and well entertained.

One of the most impressive things I have ever seen came in the form of comedy marching drummers with jester like painted faces and impeccable drumming. At first they marched through the crowd, drumming and interacting with the amused onlookers, before heading to Pedang where a crane awaited. Suddenly, rising above the Hawker village was a human mobile! Like some giant child’s toy hanging from the sky, the drummers continued to play as they slowly floated around. The crane slowly lifted them high in to the air and out over the crowd at times. I’ve never seen anything quite like it!

The Singapore Grand Prix is without doubt one of the greatest races I have ever been to. It swallows up roads, shopping malls and entire hotel complexes for 3 days of motor sport action. We had the privilege of visiting the pits to check out the cars up close and also got to party at the night-club on the 70th floor of the Swissotel which has absolutely stunning views of the circuit glowing at night. There really is no other sight quite like it on Earth. With 4 action packed races completed the Singapore Grand Prix is now a firm favourite of the drivers and is definitely my favourite race of the year. The atmosphere is amazing, heightened by the fact it’s at night and with your hotel just minutes away it’s easily the most accessible race you’ll ever watch.

With thanks to Singapore Tourism and the Formula 1 Singtel Singapore Grand Prix.

A video guide to sherry