Malta – Island of history and culture 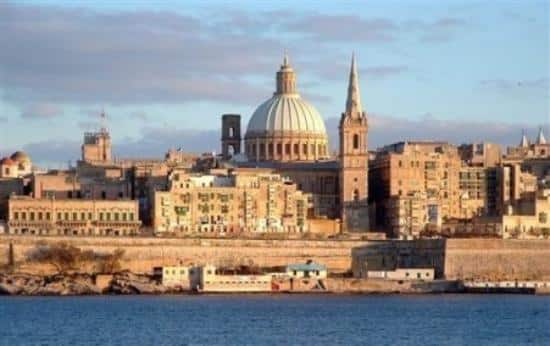 Malta has an amazing history, beautiful natural attractions, a superb climate and plenty of activities for all ages making it perfect to visit in the month of June. Here’s our guide to the different aspects of this rocky island gem. With highs of 28C (82F) it enjoys great weather most of the year. Expect very little rain in June and around 13 hours of sunshine too. Here’s my guide to the best of Malta holidays and what you can expect.

The capital of the island grew as a fortress on a rocky peninsula on the west coast between two bays. Its narrow streets boast some of the finest art works and churches in Europe in a small area of less than 1 square km, with quaint shops and cafe’s nestled in between. For an ideal introduction to the city and the island, visit the Valletta Living History exhibition in the Embassy Complex on St Lucy Street. This audio-visual spectacular charts the history of the island and the city and is great for all the family. Other must sees are St Johns Cathedral, dating from the 17th Century and containing many fabulous artworks including the only signed painting by Caravaggio, The Grand Masters Palace with its state apartments, the official residence of the president and the museums located in Fort St Elmo, Auberge de Provence and Admiralty House. For a relaxing stroll and great views, head down to the waterfront and harbour.

This pretty medieval walled city is perched on one of Malta’s highest promontories  with a fabulous view of the island. Its narrow cobbled streets are car free and its easy to imagine how it once was. There are many old buildings to visit such as the cathedral and museums but its in the evening when the old lanterns are lit with a beautiful mellow light that Mdina becomes really magical. A definite place to treat yourself to an atmospheric dinner you will remember for a long time, perhaps at the Medina fine dining restaurant in an 11th Century Norman building in the centre of the city, with a vine scattered courtyard perfect for summer evenings.

Even though this rocky island lacks the mountains rivers and forests of other locations, there are still some amazing natural attractions to see. The Blue Grotto on the south coast near the small village of Wied lz Zurrieq is a system of caverns in the cliffs which at certain times of day mirror the phosphorescent colours of the under water flora while others are the deep dark blue of the sea. Boats leave from a small inlet near the village and cruise round the caverns to show of the spectacular colours and rock formations. Visitors also pass by the small island of Filfla, uninhabited except for a lizard colony.

These cliffs form a spectacular natural defence for the island  rising 250 metres out of the sea at their highest point. They are best viewed from a boat when cruising around the island so you can so the amazing layered rock of the island, but the view from them is also spectacular both out to sea and inwards across the island as this is the highest elevation in Malta.The cliffs stretch from the village of Dingli southwest towards the Blue Grotto and its great walking country.The village itself has several interesting churches to see and you can also visit a complex of World War II shelters deep in the cliffs, which protected thousands of refugees from bombing hotspots.

Despite its rocky reputation Malta has many beaches to choose from  for families, swimming and other watersports. The main family beach is at Millehia where the shallow waters provide safe swimming for beginners and there are plenty of facilities. Trendy singles head to Sliema, St Juliens and Paceville for eating, drinking, shopping and nightlife. For quiet unspoilt beaches head to the northern resorts of Armier and Paradise Bay. 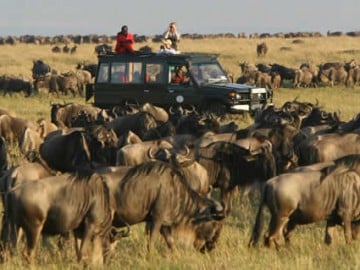 Witness the Great Migration in Tanzania this summer 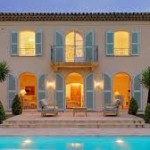 Luxury villa holidays around the world