January 20th sees arguably the loudest festival in Spain, as the city of San Sebastian celebrates La Tamborrada. If your eardrums can withstand the noise for one day, you’ll be rewarded with a memorable break in one of the Basque country’s finest and picturesque cities.

Lying on the bay of Biscay in Northern Spain, San Sebastian  sits on a picture postcard coastline, with a vast expanse of seaside lying beneath sprawling hills and mountains. It is a city which has a deep history, much of which is available to see today, and in 2016, San Sebastian becomes a European Capital of Culture.

San Sebastian was recently voted as the greatest Gastronomical destination in the world by Which? Magazine and it’s easy to see why. If you want to sample the finest food that the city can offer, you must head to Parte Vieja. Here in the traditional part of town, you are spoilt for choice with bars and restaurants at every turn. In any of these restaurants, you’ll find Pintxos tapas on offer which is the culinary delight everyone wants to try when they visit here. Be careful when ordering as it’s easy to get carried away with so many wonderful dishes on offer- it could end up costing you a small fortune!

As you’d imagine in a city with such a varied and long history, there is much to take in on a visit to San Sebastian. If you’re short of time, there are places you must ensure you visit. Within the city, there are a number of historical buildings which dominate the landscape, but none more than that Cathedral Buen Pastor. Situated on Ensanche de Amara, this neo-gothic cathedral with its 75 metre tower looms large over the city. Dedicated to the Good Shepherd, the cathedral is a place of reverence and beauty, and any visitor here finds themselves in awe of the intricate detailing of the architecture.

The hills above the city also offer a religious wonder. Take a small hike up Monte Urgull, a wooded hill which is easy enough to climb. On your way up, you’ll find a number of hidden treasures such as a small British cemetery where Wellington’s soldiers from the siege of San Sebastian are buried. At the very top, you’ll find a 16th Century castle which is complete with its very own stone statue of Christ which looks over the city much like the iconic statue in Rio. You’ll also find some breathtaking views across the city from here.

For 24 hours on 20th January, San Sebastian rouses from its sleep and becomes a city filled with the sound of drums. At midnight, the Mayor raises the city flag in Konstituzio Plaza and so commences an entire day of constant drumming. Citizens dress as cooks and soldiers and march around the city. As well as being held in honour of the city’s patron saint, the festival’s origins date back to the days when San Sebastian was a walled fortress. The locals would mock those soldiers who were stationed in the city, hence the need to drum and parade. If you want to sleep soundly, I would definitely advise investing in some earplugs before you travel! 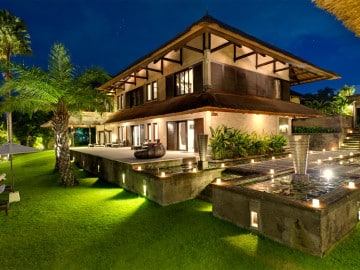 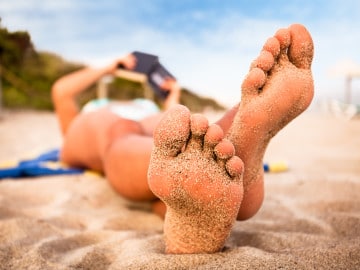 Ways to unwind on your luxury holiday