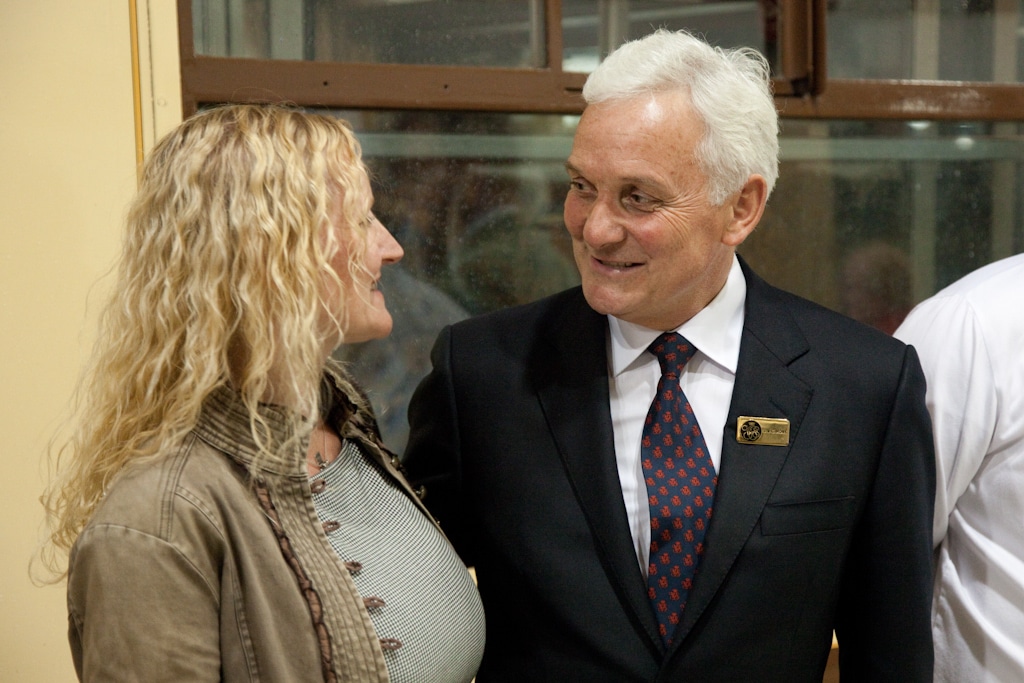 The iconic and luxurious train travel from the Orient Express would be nothing without its staff. The logistics of transporting, feeding and serving up to 250 people in one journey is something of a fine art.

Meet Jeff Monk, train manager of famous Orient Express British Pullman. With such an amazing history we met with Jeff to find out more about the most luxurious trains in the world.

Jeff, how did you first join the Orient Express?

I started back in 1981 working on ships with Sea Containers, the parent company of Orient Express at the time. In 1983 I joined the Orient Express in Venice. When I first went for the interview I was a chef and they said would you like to join us? So I applied for the role of chef but they said all the chefs are french, sorry but why don’t you try the cabin department. So I applied for that instead, a little bit of a change of direction for me but it was still very exciting!

I don’t think anybody thought the Orient Express was going to last for a long time, especially running the main line throughout Europe and the UK. But here we are! Almost 30 years down the line which is quite incredible really! I came back to the UK after 18 years on the Venice train to help start the Northern Belle. I was there for a year and I’ve been on the British Pullman now for about 11 years.

Have you got any interesting stories to tell from your 18 years on the Orient Express?

Oh yes! especially the early years, most of the Hollywood stars and politicians, they all came. The Kennedy family, the Churchill family, George Lucas and Martin Scorsese. Rocks stars like Keith Richards and Peter Gabriel. The Cure too if you can believe it! They all had their red lipstick on and their funny hair, actually I quite liked them at the time, they were a good band. There were quite a few Americans on board and they came to me saying “Jeff, make sure our cabins are closed, there’s a lot of Beatniks on board!“. I hadn’t heard the name Beatniks for some time!!

There’s a lot of great stories I could tell, I can’t tell a lot of them as the staff sign a confidentiality agreement, but it’s been great fun. Probably one of the nicest moments for me was when Paul Newman travelled on the Orient Express. He was probably one of the most amazing people I have ever met. It wasn’t because he was a star, he was just himself, he was a lovely person. He came on with his wife and they went to the Venice Film festival. I remember I was doing my rounds in the morning about 5am and he was sat up outside his room. I don’t think he could sleep because of the train rocking. We sat and had a great conversation for nearly an hour and half, while travelling through the Alps. It was one of those moments you never forget.

What is your role on board the British Pullman?

I’m the train manager here on the British Pullman. I make sure the running of the train is smooth and we have enough staff. All the food is put on board and everything is in place. Once we leave it’s not like a hotel where we can go out and buy anything! There’s a lot of check lists to go through every time we leave. It’s quite intense sometimes. Once we’ve left it’s just about making sure everybody enjoys themselves.

Do you do many routes in England?

Yes we do many routes through the UK, We’ve recently taken people to Le Manoir near Oxford which is one of the Orient Express hotels. We do trips to York, we go to Chatsworth House and we go down to Southampton to visit Exbury Gardens and Beaulieu. We go up to Bath and Bristol too so we’re kept very busy. The main route too takes people from London to Folkstone and there they board coaches to cross the channel. They then board the Venice Simplon-Orient-Express and travel down to Venice, once a year we also go on to Istanbul in Turkey, Prague, Budapest and Bucharest as well.

We’ve got another train called the Eastern & Oriental Express which runs from Bangkok to Singapore. We’ve also got a river cruise called ‘The Road To Mandalay” in Myanmar (Burma) and another train in Peru that goes up to Machu Pichu. The Northern Belle operates in the North of England  which does trips from Manchester, Liverpool and York up to Scotland and down to London.

Can you tell us about your menus?

We like to go seasonally with our menus, we’re coming in to Strawberry season so we’ll make sure they’re on the menu! We work with the Chef to decide what we should serve. We’re not too limited as the preparation is done off the train. Everything is freshly cooked on the train. We can cater for up to 250 people and there’s only certain types of menu we can serve on a train. It’s a fixed menu of course as we couldn’t do an A La Carte menu on a train but we carry alternatives for suit dietary requirements.

How do you select the staff to work on the Orient Express?

When i first came the majority of the staff came from the railways. It has changed over the years. There’s 6 of the original staff still working on the British Pullman train. We don’t normally advertise for staff, we get people from the Venice train come and work with us as it closes down for the winter for maintenance from November to March.

It’s quite a special job, unlike any hotel! You have to have something inside you that wants to serve people. if you haven’t got that passion for job it’s quite tough.

What’s your favourite route in the UK?

I like Chatsworth house. It’s a beautiful house! The timings are very nice, we serve a brunch going there and arrive about 12:30. The passengers come back about 5pm and we serve an 8 course meal! That’s my personal favourite. I also like the “Golden Age of Travel” lunch that we do. We have actors on the train who tell stories on the train of famous people who used to travel. We have Oysters and Champagne with a Jazz band at Whitstable station. It’s great fun.

I very rarely go on normal trains now. You can never find a seat! It would be nice to go to work on this train. They used to! On the Brighton Belle people used to have breakfast on the train. There was uproar once when they took Kippers of the menu. Everyone signed a petition to bring Kippers back. Those days are gone now but it’s lovely that we still have the Orient Express trains to make some train journeys fun and memorable.

Thank you to Jeff Monk and the staff of the Orient Express British Pullman for their impeccable service.