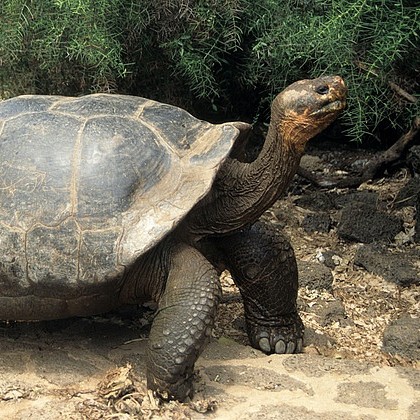 The Galapagos Islands in the Pacific Ocean, 1000km from Equador have been described as a ‘showcase of evolution’ and a ‘living museum’. Situated at the point of three converging ocean climates and formed by volcanic eruption this is a unique environment. Most of the archipelago is a National Park and there are opportunities to discover the flora and fauna as well as enjoy the terrestrial and marine features of this amazing place. Here’s my short guide to inspire your holiday in the Galapagos.

Getting to the Galapagos

There are no international flights direct to the Galapagos Islands so to get there you’ll need to travel via mainland Equador. Flights depart from the capital Quito via second city Guayaquil daily to both Isla Baltra and San Cristobal so its best to centre your plans for travel around the Galapagos from one of these locations. Boat tours and cruises can be booked to explore further afield and enjoy all the activities the islands have to offer, but the two most populated centres, near the airports make ideal bases in themselves.

Isla Baltra is home to the main airport. Although this island is historically important as a US airforce base, there are no real visitor attractions here and most visitors are commuted straight to nearby Isla Santa Cruz, the second largest Island in the Galapagos. Also known as Indefatigable after the HMS Indefatigable that landed long ago, Santa Cruz is also the most populated of the islands and is home to the Charles Darwin Research Station and the Galapagos National Park service. It’s largest town Puerto Ayora is an odd place in that it has all the characteristics of an Equadorian coastal town, but has sealions, iguanas, albatrosses and other fabulous wildlife sharing the town with its 15,000 inhabitants.

Darwin visited the islands in 1835, with the Beagle landing at San Cristobal. It was his study of the varying species of flora and fauna and how they differed from Island to Island that start Darwins investigations which led to his theory of Evolution that shocked the world.  The Darwin Research Station on Santa Cruz is part of the Charles Darwin Foundation set up to preserve the unique ecosystem. as well as the centre for research and conservation, the station is home to The National Park Service and museum, with an in-house turtle breeding centre. As part of the visitor experience you can go into an enclosure of adult giant tortoises and meet these gentle creatures that so many associate with the islands. You can also see the baby tortoise house where hatchlings and young are kept until they are old enough to be released into the wild.

This fifth largest of the islands is also the second most populated after Isla Santa Cruz and is home to the provincial capital of the Galapagos, Puerto Baquerizo Moreno.With its own airport too, San Cristobal is the second more popular place with visitors with plenty to do including the only inland lagoon in the islands.

The Galapagos is homw to 1600 of bird species, around 10% of the species worldwide, which is huge considering the islands represent less than 0.02%  of the world’s land mass! Of all these 58 species are resident while the others are migratory and visit during part of the year only. The best locations for bird watching in the Galapagos are Isla Espanola, home to the Waved Albatross, masked boobies, blue footed boobies, Galapagos Dove, Galapagos Hawk, Warbler Finch, Hood Mockingbird, Large-Cactus Finch, Large-Billed Flycatcher and Small-Ground Finch. and Isla Genovesa home to red-footed boobies,  frigate birds, swallow-tailed gulls, red-billed tropicbirds, storm petrels, masked boobies, Galapagos Dove and short-eared owls.

The Galapagos are one of the most remote and exotic places to dive and snorkel. The convergence of the ocean climates have allowed a huge diversity of endemic wildlife and makes for an amazing experience, seeing underwater creatures you can’t see anywhere else. You can snorkel with angelfish, manta rays, reef sharks, playful sea lions and the unusual-looking marine iguanas Diving deeper you will swim amongst Hammerhead sharks, a variety of rays, playful sea lions and dolphins, and a host of other bright and colorful fish that inhabit this part of the world. Turtles, penguins, moray eels,  and even whales can also been seen.

There are some fabulous beaches in the Galapagos, and although you can reach many remote spots on organised tours, there are some fantastic places to visit on Santa Cruz and San Cristobal. Tortuga Bay on Santa Cruz is a favourite destination, about an hours walk along a paved trail from Puerto Ayora. With its beautiful beach, amazing views and great swimming its a beautiful place to relax for the day. On San Cristobal, Puerto Chino is a top beach to visit with its wide white sands, and turquoise waters.

May weather in the Galapagos

May is a great time of year to visit as the climate is a managable 26C (79F) with increased water temperatures too. This attracts more marine life to the shores so its considered the best time of year for snorkelling. The warmer temperatures create a more tropical climate this time of year so expect the occasional rain shower and increased cloud cover. Dont be fooled by the weather, you’ll still need your sun cream and remember to re-apply every time you snorkel. The islands of the Galapagos are only 62 miles from the equator so the sun will be strong. 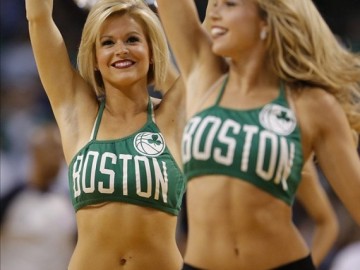 Visit the east coast city of Boston in May 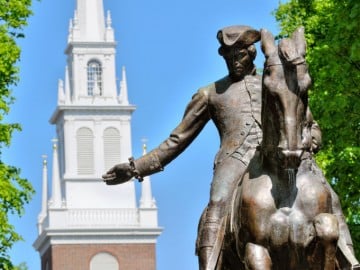