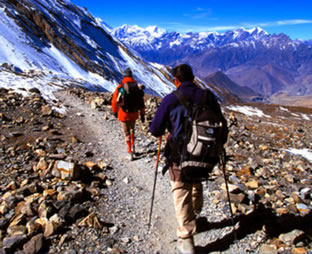 Nepal’s climate is seasonal, with the rain and clamminess of the summer months making it uncomfortable for visitors. February is one of the best times to come here for trekking holidays, with the sunny days and cool nights providing perfect conditions for walking through the fabulous landscape of this legendary country. During the days the mists disperse and you get great views of the soaring mountains.

You can also access several of the peaks at this time of year, such as the increasingly popular Mera and Chulu peaks. Trekking in Langtang, Everest and Annapura are highlights of the season, so February is the perfect time to come to Nepal for some fantastic trekking experiences.

Apart from an enticing glimpse of Chomolungma – Mount Everest to you and me – there are plenty of other reasons to opt for this great circuit in the Khumbu region of Nepal. It’s the indigenous home to exotic Tibetan Buddhist cultures, and the wild, majestic scenery is interspersed with colourful villages that have changed little in centuries. Treks up here typically last from between 17 and 25 days, with much depending on the particular route.

Treks used to start out from Kathmandu but now you’re more likely to start from Lukla, a busy little town in the foothills of the Himalayas at 2,680 metres up. Trekkers then make first for Namche Bazaar and then on to Gorek Shep, where the best views of MT Everest are to be had, followed by a tour around the beautiful Gokyo Lakes. Check here for more details.

This is the main trek in the western region of the country and reaches 5,300 metres, traversing the magnificent glaciers and mountains of the Annapurna Conservation Area. Treks for this popular circuit set out from Pokhara and last between 16 and 20 days. The advantage for some is that the trek starts at sea level and so allows ample time for acclimatisation.

Treks on the Annapura Circuit take climbers through a wide variety of different terrain, from high alpine to jungle, and the Tibetan Buddhist culture is also much in evidence in the villages of this region. Trekkers can even at one point get a glimpse of Tibet itself as the trail passes close to the Mustang Region, a heavily restricted zone. Check out the circuit here.

This circuit will appeal to more seasoned trekkers looking for a challenge. Starting off at the base camp at Mt Kangchenjunga, at 3,586 metres, the trail leads through remote regions that have few visitors and some of the most spectacular scenery in the whole of Nepal. Kangchenjunga is the third highest peak in the world, and trekkers should allow themselves 20 days to get to the base camp. The amenities on this route are also pretty basic and the diet will consist mostly of rice, lentils and chapatti bread and the odd vegetable curry if you’re lucky.

The more popular treks are pretty much flooded with climbers in the peak season, but this one being relatively remote lets you get close to the indigenous peoples and experience the mountains in all their secluded glory. Go here further information. 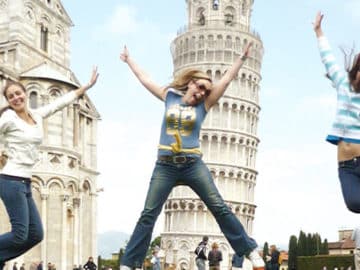