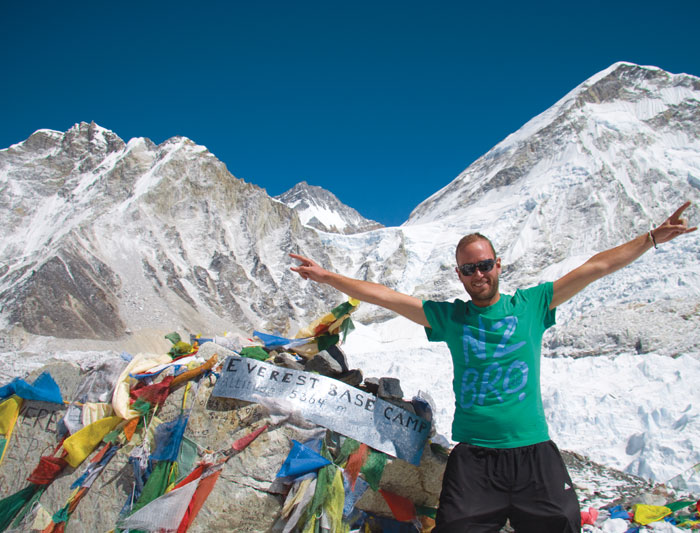 December is generally considered to be the best month for trekking in Nepal, as there aren’t a lot of tourists and trekkers can more or less take their pick of the lodges. There are lots of different routes available, suitable for all levels of experience and ability, and as the heavy snows are generally confined to the higher peaks the trekking conditions further down are excellent. The December-February winter season here offers beautifully crisp and clear days, and cool to mild temperatures of around 20 degrees Celsius in the daytimes and just under 0 degrees at night, which is to be expected at these elevations. So these are not Scott of the Arctic conditions but neither are they too comfortable, and for pleasant and occasionally challenging trekking you need such a compromise.

Do the Annapurna circuit

The Annapurna region of Nepal is one of the most spectacular in the country and affords stunning views across the Nepalese Himalayas. This is a region of remote communities and monasteries straight out of ‘Lost Horizon’, and in the remoter reaches you half expect to stumble across Shangri-La. This deservedly popular trekking circuit of Annapurna will take you up to more than 5000m and as well as the awesome scenery there’s a chance to get close to the indigenous population of the Annapura region and see a way of life that has remained unchanged for centuries.

Reach the Everest Base Camp

Every intrepid climber, mountaineer and young-at-heart devotee of ripping yarns has a special place in his or her heart for the Everest Base Camp, which is as much a spiritual aspiration and symbol of high adventure as it is a physical place. On this hike you actually have it as the goal of your trek across Nepal. This was the camp in which Hillary and Tenzing drew breath and prepared for their assault on the majestic and hitherto unconquered peak of Everest itself, pitiless devourer of so many previous attempts to subdue its wild force. The trip to Everest Basecamp is for hardcore trekkers eager to absorb their own piece of history, and includes an exploration of the surrounding valleys and an insight into local traditions and ways of life. Nepalese teahouses along the way are just the ticket for brewing up Sherpa-style and getting into the spirit of the occasion, and a few days in Kathmandu exploring its rich cultural heritage will take your breath away.

If you’re eager for a variety of energetic outdoor experiences that will take you on a round trip of Nepal and explore all of the country’s many natural attractions, the Nepal Adventure holiday will suit you perfectly. As well as hiking through the magical rhododendron forests of the deep siklis, you’ll get to explore the exotic Kathmandu Valley and drop in to Bhaktapur for a traditional dinner with the welcoming locals. This is a two-week holiday in Nepal that packs a great and varied punch, with rafting down freezing rivers and a visit to the great historic cultural centre of Pokhara added in to the mix. You’ll finish the trip exhausted but deeply satisfied, having experienced most of the things both cultural and natural that make Nepal the awesome country it is.

The best wedding and honeymoon resorts in Mauritius