Finland is a country of contrast. The seasons vary wildly with winters colder than -30C and summers warmer than 30C! The people seem straight and serious but have the silliest sense of humour. In the summer the Finns love to get outside and make the most of the longest days with festivals and outdoor activities. Here are some of the wackiest events happening this July.

This competition has been running since 1992 but has its roots further back in the past when a local brigand called Ronkainen used to encourage his recruits to steal women from towns and prove their strength by carrying them to a safe hideout. Nowadays the competition is all about fun and the women consent to being carried the length of the 253 metre course and across its various obstacles. As well as Finnish and Estonian couples, contestants come from the UK, Germany, Australis and the USA. Each couple runs the course with a competing pair so each race is a heat in itself. Rules include picking up before your continue if you drop the wife, the wife must be 49 kilo or more or will carry weight to make up to the minimum, no equipment may be used and the wife can be the contestants own, his neighbours, or when he met further afield. The event runs over two days with a market, karaoke and dances held on both days to celebrate the competition.

This festival is now in its 43rd year, celebrating the humble summer fruit. The event is a gathering of the strawberry pickers that come from all over Finland and beyond to gather the harvest and join in the fun with other visitors just in town for the event. The Carnival opens with a procession through the town and the event includes concerts shows and a fun fair. The Strawberry Farmer of the Year is awarded and Miss Strawberry is crowned. Competitions abound for strawberry eating, best scarecrow, strawberry joke telling and various fun runs and races. Its surprising the harvest isnt exhausted during the carnival as they are served in every way possible, from shakes to cakes, ice creams, jams and puree as well as au natural!

Soccer – with a difference

Finland is home to two soccer championships with slight twists from normal. Soccer in Slippers and Swamp Soccer. Both are played with similar rules to normal soccer but with handicaps! Soccer with Slippers is played in famous finnish household brand slippers – Reino for the men and Aino for the women. This game is also played with a light children’s toy ball. The unpredictability of the ball and the footwear makes for an entertaining game for players and spectators alike. The games have grown over the years and they now have a carnival atmosphere with live concerts at night. The Swamp Soccer has been played annually in Vuorisuo Marsh in Hyrynsalmi since 2001. There are over 5000 participants taking part in the 700 games of the tournament. Each game is played in 2 halves of just 13 minutes each due to the physical exertion of moving around in the swamp.

Where ever you go in Finland during the summer you are likely to come across other odd events. In the past the Finns have been known for Milk stool throwing, rubber boot throwing, ant nest sitting and mosquito squashing! Our advice? Join in and while away the long summer nights with laughter. 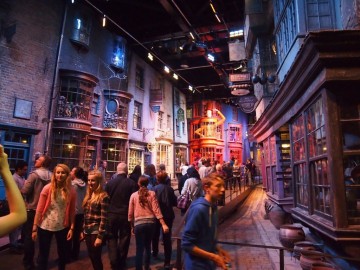