Base Jumping from the Marina Bay Sands Hotel 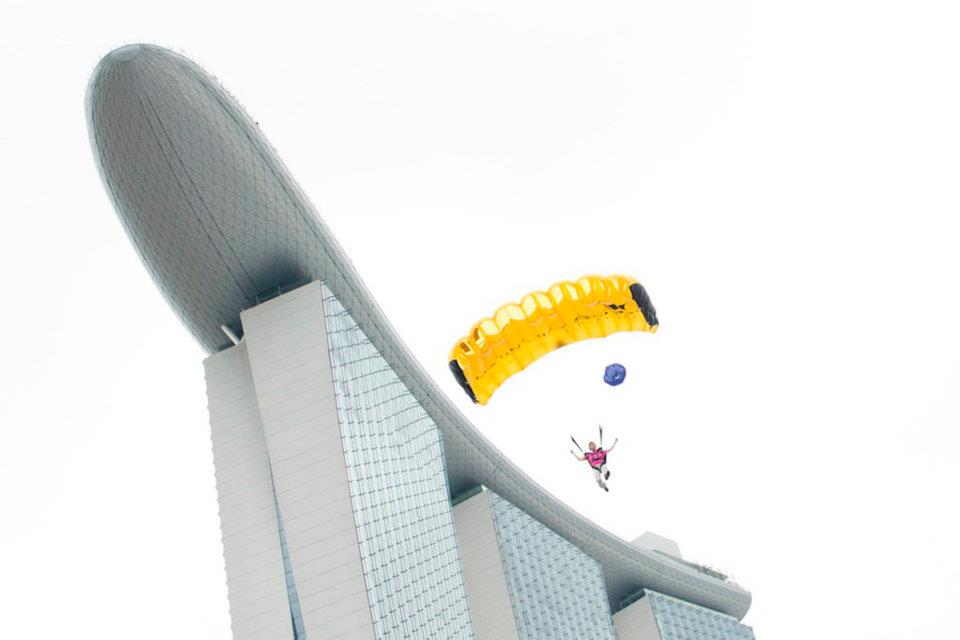 Throwing yourself off a building on New Years Day isn’t the usual way to celebrate a new year but a crazy bunch of base jumpers did just that! Marta Empinotti, James Pouchert, Jeb Corliss, Anne Helliwell, Amanda Vicharelli and Brendon Cork were invited to Singapore by the Marina Bay Sands Hotel to perform Singapore’s highest ever base jump attempt. Together they’ve done over 6000 base jumps including the Eiffel Tower, Seattle’s Space Needle, Petronas Towers in Malaysia and Christ the Redeemers statue in Rio de Janeiro.

A practice jump was performed on the 31st December 2011 before the main event at 8:30am on 1st January 2012. Roads were closed around the hotel and casino complex which opened in 2010. A platform was created at the rooftop skypark observation deck and excited onlookers gathered on a number of buildings around the site to witness this national record attempt.

All the jumps were perfect and all landed safely on the road below, some 200 metres! The skyline view of Singapore is quite spectacular but this is surely a view quite like no other! Check out the videos of both the practice jumps and the New Years Day base jumps from the Marina Bay Sands in Singapore. 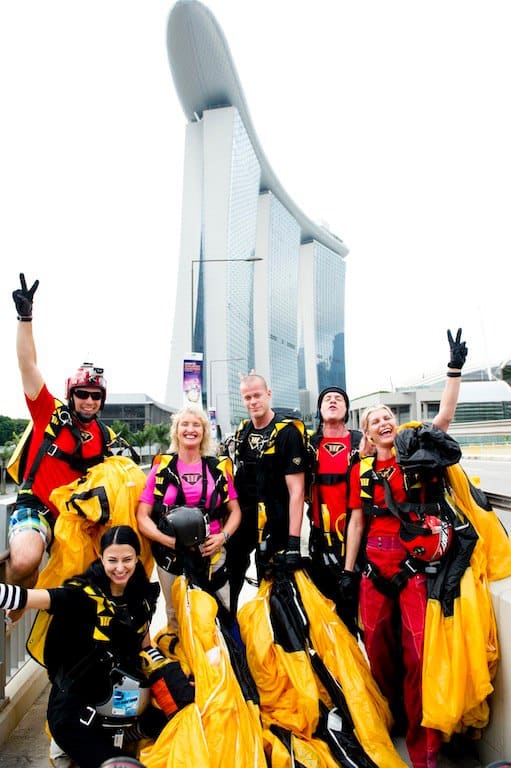