A Posh Guide to Drinking in Australia 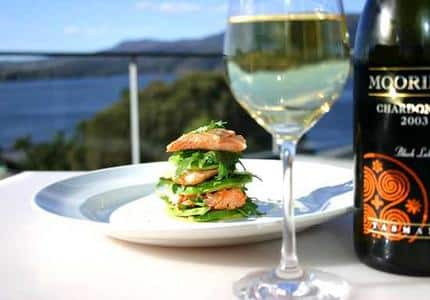 Given how commonly Australia is stereotyped as a land of ‘shrimps on the barbie’ and beer, its sophisticated food and drinking culture may come as a pleasant surprise to some visitors.

With multiple wine-making regions around the southern states, all boasting gourmet wineries and cellar doors from which to take your pick, the only problem with Australia’s drinking culture is not lack of class but abundance of choice! To that end, enjoy our guide to drinking posh in Australia.

Let’s start with the Harbour City, shall we? Located on Sydney’s buzzing main drag, George Street, Hemmesphere is a prestigious playground for the city’s elite. Its extensive – and unsurprisingly expensive – cocktail and alcohol list are among Sydney’s most impressive, and just as respectable as its well-moneyed clientele. The ever-changing cocktail offerings are frequently updated at this exclusive venue.

Choosing which of the 150 plus wineries in the beautiful Hunter Valley region to recommend to visitors is virtually impossible, so varied is the playing field. Wineries characterise the region just as much as its sprawling vineyards, upmarket winery tours and expert master-classes, making it a wine lover’s paradise. Local specialties include Semillon, Shiraz and Cabernet Sauvignon.

To sample beer at its most sophisticated, head to the Hunter during early November for the Bitter and Twisted International Boutique Beer Festival, held at Maitland Gaol.

Heading west to the tourism hotspot that is Victoria, this rustic cellar door is a jewel in the prestigious wine-growing region of north east Victoria, a viticultural centre. Chambers Rosewood Winery is a top boutique winery offering more than 30 different wines. Lesser-known stand-outs include the Cinsault, Chasselas and the intriguing notes of the Gouais.

The world-renowned Barossa Valley is a prestigious wine destination, yet the humble state of South Australia – the country’s unofficial viticultural capital – boasts plenty of up-and-coming hotspots, too.

Charming Clare Valley is a sure bet, only an hour and half’s drive north of Adelaide. Follow the enticingly-named Riesling Trail for which the region is renowned, which ends on a high note at Taylors, which showcase the best in Australian wine.

Western Australia boasts several up-and-coming wine destinations that thrill the spirit – and palate – of gourmet lovers around the country, but for a respectable, established option, you can’t go past the Leeuwin Estate at Margaret River in the state’s south-western corner. Its Art Series Riesling, Art Series Chiraz and Classic Dry White are real highlights.

The beautiful ‘Apple Isle’ of Tasmania can hold its head high among Australia’s classiest wine destinations, for its characteristic quality techniques and strong local character. The pioneering Moorilla Estate is just one of the world-class wineries on offer here, best known for its signature Pinot Noir and Gewurtztraminer.

The epicurean festival of Savour Tasmania shows off the highest quality local produce, but for truly exclusive, the Tastings at the Top event at the beautiful Cradle Mountain Lodge every June features only the most exquisite wine offerings. Posh yet worthwhile indeed. 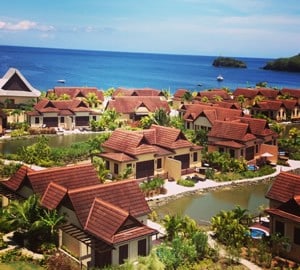 A real taste of the Caribbean in St. Vincent & The Grenadines

Enjoy a luxury holiday on the islands of Mauritius