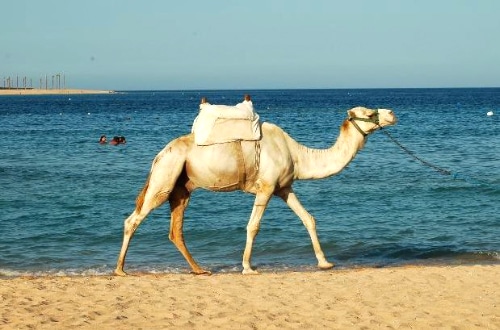 A winter holiday in Gran Canaria with Corona Holidays makes the ideal break from the depressing British winter. Whilst it’s true that it can get a bit windy here at this time of year the temperatures very rarely get below 19 degrees Celsius and the sun beats down all year round. It may be a bit on the chilly side for sunbathing, but there are plenty of other things to see and do here, from exploring charming mountain villages to wining and dining in the many bars and restaurants and visiting the cultural sites and theme parks on the island.

The Kasbah Centre in Playa is top on the agenda here when it comes to evenings out at steak restaurants and bars, with some great shopping at a nearby underground mall. It’s a bustling centre reminiscent of Piccadilly Circus when it gets really crowded, though in the winter season the crowds will have thinned out and there’s a lot more calm and space to chill out. Playa del Ingles offers a range of fast food outlets and is especially popular with teenagers looking to hang out more informally.

Las Palmas is to Gran Canaria as Santa Cruz is to Tenerife, an old colonial Spanish city characterised by palm-lined, wide boulevards and charming if somewhat rundown buildings from a more elegant age than ours. There are lots of excellent tapas bars in Las Palmas too, and it’s worth hiring a car to spend a day here if you’re based elsewhere on the island because there’s a real buzz to it even in the off-season.

Pop into the impressive Museo de Colon, once residence of the Spanish governors of the island group. Columbus apparently stayed here for a while en route to his big American discoveries, and Franco was one of the governors who plotted rebellion here.

The Museo Elder de la Ciencia y la Tecnologia has a lot of fun interactive exhibits of scientific devices and machines, and with a slogan of ‘Forbidden not to touch’ it’s always a magnet for inquisitive kids who love fiddling with anything they can lay their hands on.

In the Pueblo Canaria enclave of the city tourists gather to watch traditional folk dancing and stroll around a small art gallery and craft shops. For real atmosphere go further uphill to the Barrio Veggueta, where some of the buildings date right back to the Spanish conquest of Gran Canaria, with the imposing Catedral de Santa Ana at its heart. It was constructed in 1500, and next door is the interesting Museo Diocesano de Arte Sacro which has a fine collection of religious art works.

The mountainous interior of Gran Canaria gives fine views across the island and surrounding seascapes, and a tour of Cruz de Tejeda in the mild winter weather will make for a great day out. The landscape of old caves, crags and attractive little villages, with the road winding through ravines of cacti and bare rock before snaking up through the mountains, is breathtaking. You can see as far as Tenerife’s Mount Teide from up here, and the roads are excellent.

The best luxury safari packages for 2013