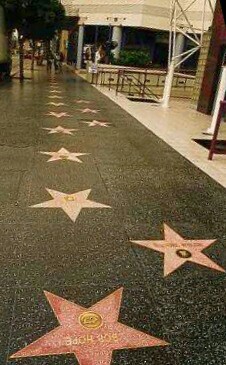 Hooray for Hollywood! With the Oscars in town this February, here’s our guide to the must- see places to visit in Tinseltown.

The Oscars is by far the most famous award ceremony on the planet and all eyes turn to Hollywood. The glitz and the glam doesn’t just descend on Los Angeles for one night a year thought. This is truly a city which never sleeps. Here’s our guide to the must-see places for any budding starlet.

Sitting on the notorious Hollywood Boulevard, Grauman’s Chinese Theatre is by far one of the most iconic sites in Hollywood. This ornate theatre dates back to 1927 and is an attraction that is constantly evolving. On the forecourt floor lies the handprints and signatures of over 200 stars, dating back to the 1920s. Here you’re able to compare your handprints to icons such as John Wayne, Marilyn Monroe and Frank Sinatra as well as modern stars of the screen including Brad Pitt, Michael Caine and Helen Mirren. From here you’ll also be able to pick up the Hollywood bus tour which takes you on 2 hour drive around Hollywood, showing you the homes of all the areas famous residents. You’ll also get spectacular views up in the hills of the iconic Hollywood sign which is definitely a must see.

This is the perfect accompaniment to Grauman’s, with its mile long path of stars dedicated to every film, TV and music star you can possibly imagine. The Walk of Fame is one of Los Angeles’ most visited tourist attractions, with over 10 million visitors each year coming to see stars belonging to a variety of famous people including Mickey Mouse, the Apollo 11 crew and Charlie Chaplin’s two stars. Since the first star was laid in 1960, over 2,400 stars have been added and more are added every year. Ceremonies are streamed live via the Walk of Fame’s website and you can also check to see who is next to be inducted. For more information visit walkoffame.com

The path from Grauman’s Theatre and The Walk of Fame leads here to the Hollywood Museum.  The museum is home to over 10,000 artefacts including costumes, props and sets. my personal favourites were the exhibition dedicated to Marilyn Monroe, which even had her million dollar dress, and then being able to see Hannibal Lecter’s cell, a rather unsettling experience! The museum is housed in Max Factor’s iconic building so make sure you pay a visit to their make- up rooms to see where the stars got ready for the screen.

Now known as the Dolby Theatre, this has been the permanent home of the Oscars since 2002. This years’ awards ceremony will be held on 24th February. In spite of its art deco architecture, the building was only completed in 2001 but it’s glamorous feel is very much in keeping with nearby buildings. Tours are available daily, on which you’ll be able to walk the red carpet, see an Oscar close up and visit the VIP rooms. Tours run every 30 minutes but ensure you book your tour in advance on the official website 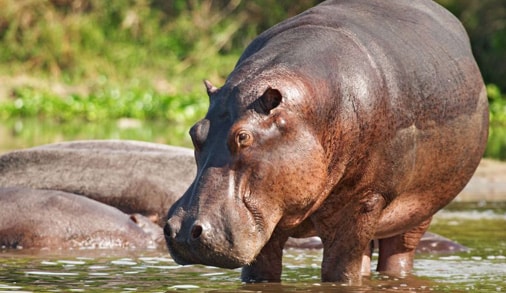