Alternative Places in South Africa That You Never Thought of Visiting

Africa as we know, is a massive continent, the world’s second largest, to be exact. So, it’s bound to be the case, that you haven’t yet heard of some of the remarkable locations, that it’s home to. Would it surprise you if I said that Africa was so much more than just wildlife and safari vans, or deserts and mountain ranges?

Believe it or not, there is so much more to feast your eyes on and experience, in this breathtaking corner of the planet.

While the remote destinations, rich in wildlife, are mind-blowing, Africa also prides itself on its beautiful countries and their rapidly-growing cities-one of which is South Africa.

Think of mountains that frame the city, in Cape Town, to some of the world’s most stunning beaches in Durban. Better yet, if you delve a little deeper into these extraordinary cities, you’ll find majestic seaside towns, suburbs hidden away in the lush, green countryside or places to stay in the heart of the bustling city. Whatever you’re looking for, can be found in South Africa and we don’t want you to miss out on the top, most alternative cities to visit on the southern soil. 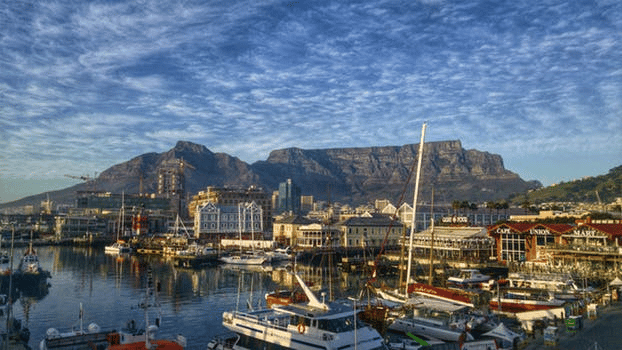 Voted as one of the best cities in the world to visit, by Conde Nast, in 2016, Cape Town is the ultimate destination for avid foodies, beach bums, art enthusiasts and adventure junkies. This is the place to be to indulge every one of your senses while experiencing the authenticity of Africa. From the coast to the Winelands and the magnificent mountain ranges, just outside of the city, there are plenty of hidden gems that we can’t wait to share with you!

The Garden Route is home to some of South Africa’s most gorgeous seaside towns. Home to beautiful rolling hills, lush rainforests and exceptionally friendly folk, it is the perfect getaway for anyone who’s looking for some relaxation, away from the city buzz. From Knysna to Plettenberg Bay, and beyond there are plenty of places to stay along the Garden Route, and even more things to do. Think kayaking, lazing on the beach, fishing and bungy-jumping!

Other than the fact that the Winelands is beautiful, there’s wine! Now, I’ve got you hooked, right? Ok, but let’s not focus on the wine right now, as amazing as it is. The Winelands offer everything from hiking trails, world-class restaurants, too, of course, world renown wine-tasting spots. Just 45 minutes’ drive from Cape Town’s city centre lay the breathtaking towns of Franschhoek and Constantia and let me tell you; they are a paradise waiting to be discovered by you. Whether you take a day trip or stay for a while, you won’t be bored in places as captivating as these.

The West Coast is every beach lover’s dream. Situated at the foot of the Atlantic Ocean, this area is home to places like; St Helena Bay, Shelley Point, Darling, Britannia Bay, just to name a few. These towns are all small and remote and offer the beach bumming traveller, everything the heart desires. Don’t be fooled though; there are upmarket hotels along the West Coast, some of which offer golfing and other uber fun activities. What’s better than experiencing a remote, seaside destination, in the lap of luxury!

Johannesburg, also known as ‘the city of gold’, is a vibrant city in the heart of South Africa, which holds an eclectic mix of culture and diversity, and is the country’s economic brain-child.

The likes of Nelson Mandela and Desmond Tutu once called this beautiful city, home, having been brought up in Johannesburg’s world renown, Soweto Township.

Johannesburg may not have an ocean, for you to frolic about on those blistering hot days, but it has the Vaal River, and it sure gives the ocean a run for its money! The river is not only picturesque but is the ideal spot for anyone looking for exhilarating water sports. Only 40 minutes from Johannesburg city central, this hidden gem allows one to escape the ever-energetic city and experience a much more laid-back take on Johannesburg.

Whichever way you’d like to experience the Vaal area, there are plenty of accommodation options on offer- from luxury hotels to camping areas; there is something for everyone!

Magaliesberg is every road trippers’ dream. An oasis sprung up in the middle of nowhere, but not too far from Johannesburg, this small-town screams adventure! From watersports to rock climbing, hot air-ballooning and incredible wildlife spotting, it is a destination not to be missed!

People, young and old, flock to Magaliesberg for a break away from the hustle and bustle, to experience South Africa in the most thrilling way possible.

The city of sea and sunshine, spicy foods and interesting people, Durban is a traveller’s best bet for a unique African experience. With a strong influence of Indian culture, to the authentic Zulu flair, the city is unlike any other in the country.

One of Durban’s best-kept secrets is the Valley of 1000 Hills, an awe-inspiring valley formed by the Mngeni River. It’s a tranquil escape that boasts a plethora of luxury guest lodges, upmarket pubs and the cutest tea gardens you can imagine. Sounds like something out of a movie, right? But, that’s not all- visitors can experience the Valley of 1000 hills in many different ways, from the sea, from the sky or even from a train and even have the pleasure of visiting some of the Zulu villages! Sounds like an African treat!

Well, after reading that, I’m sure your eyes have been opened to the fact that South Africa is a place with many hidden gems that you never knew existed? To be honest, we have let you in on the insider secrets- not even the locals are uber familiar with these gorgeous places! 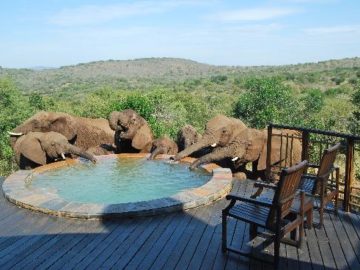 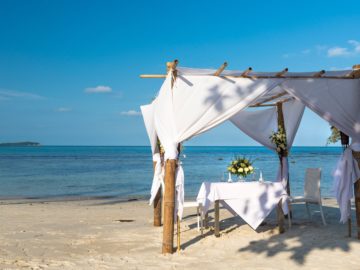