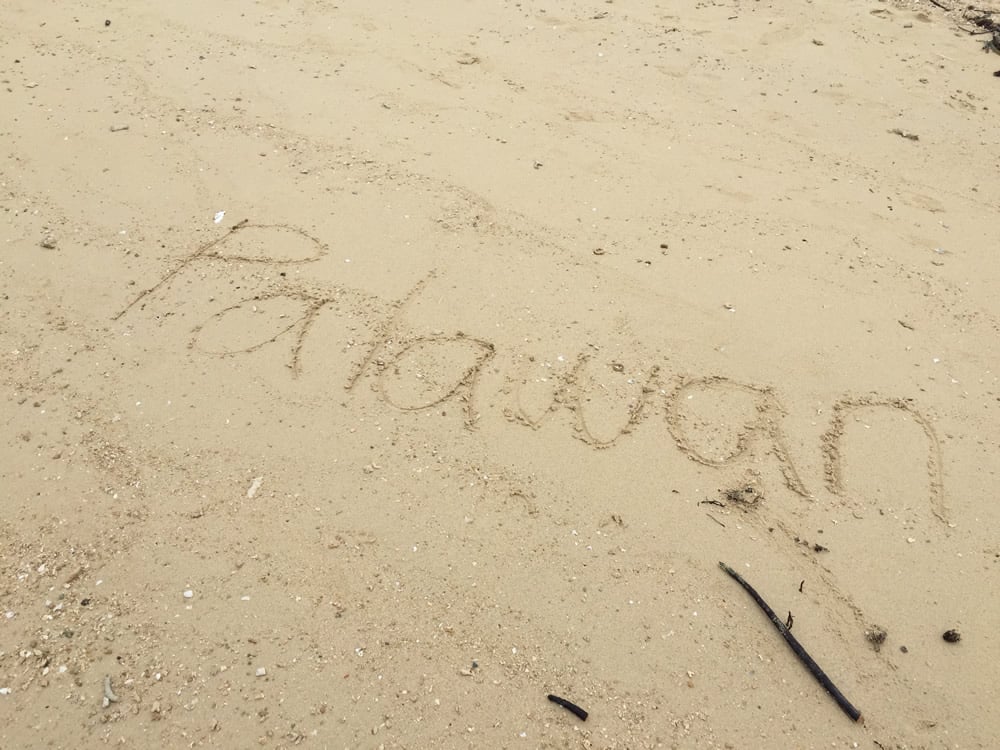 By Keri Allan from LadiesWhat.co.uk

If you’re looking for a trip to paradise then you can’t go wrong with a visit to the islands of Palawan.

The largest province in the Philippines, Palawan offers bright white beaches and clear blue waters, framed by palm trees and lush tropical landscapes. Named one of the top islands to visit in the world, it was high on my ‘must visit’ bucket list!

During a recent Philippines taster trip we stopped off for two days in Palawan, where we fell in love with its laid back feel and welcoming people.

Although you could easily spend 48 heavenly hours simply soaking up rays on the beach, you’d be crazy not to take the time to experience even just a few of the wonderful things Palawan has to offer. With this in mind, we went straight from the airport to the coast and boarded a boat for a bit of island hopping, Filipino style.

Our Honda Bay Island hopping tour saw us visit Starfish, Pandan and Cowrie Islands, where we were able to walk the pure white shores, go starfish spotting and try our hand at snorkelling.

A chilled out day, the trip included a delicious picnic lunch of fresh seafood and vegetables and our trip ended sipping tropical cocktail in a cabana overlooking the beach. This tour is all about experiencing paradise, and it’s the perfect introduction to the Philippines. 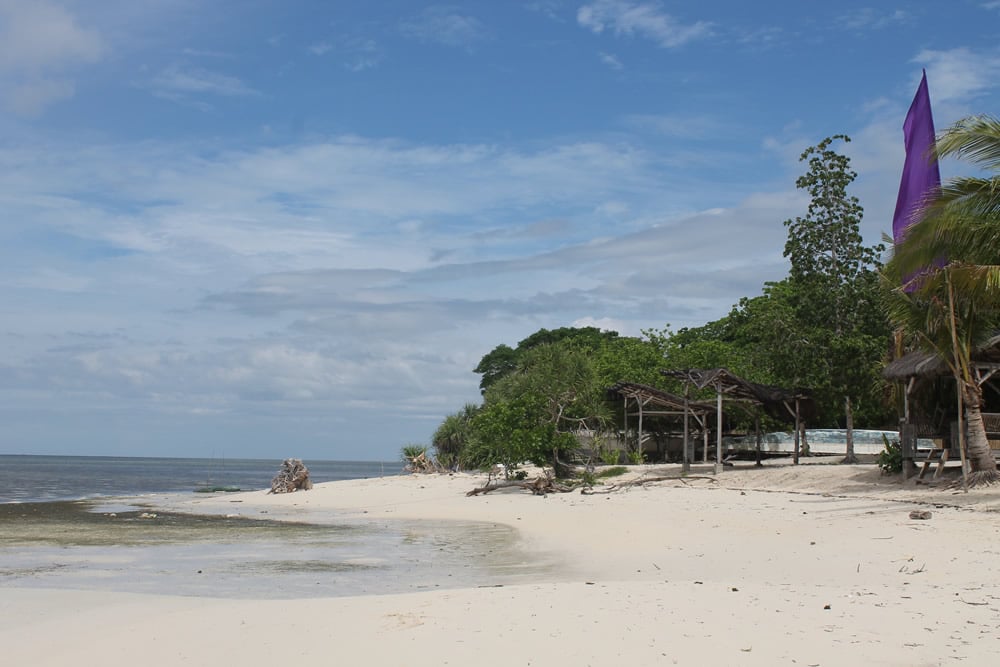 With lots in store for day two we took the opportunity to unplug and unwind at our hotel for the late afternoon and evening. As the guests of Sheridan Beach Resort & Spa, we wanted to make the most of everything the hotel had to offer, so relaxed in the sunken sun loungers before swimming the length of the pool to sit in the wet bar for a coconut cocktail while  we watched the sun set. 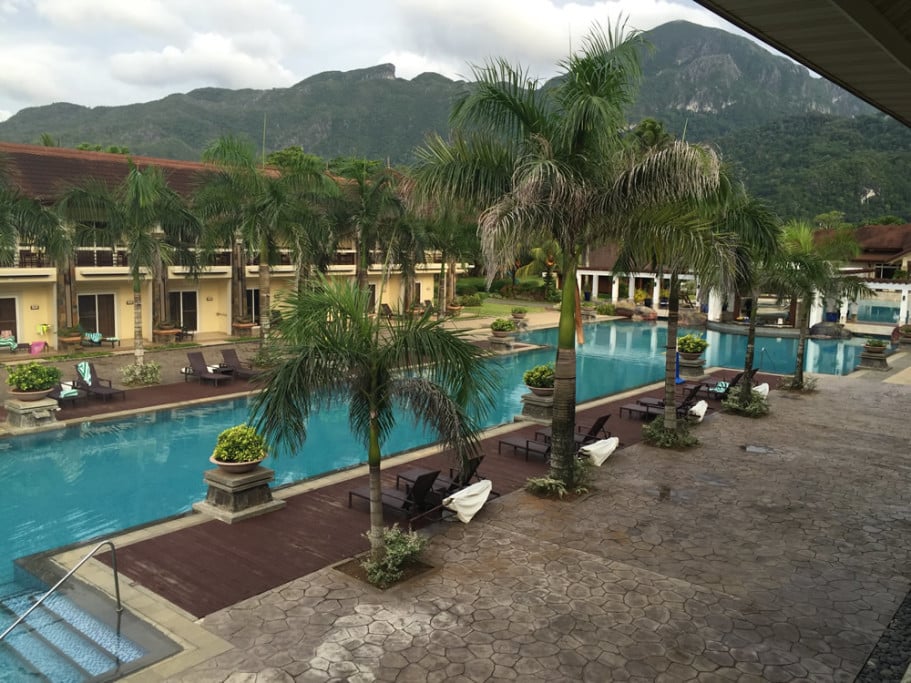 Dinner at the hotel also gave us a chance to try out some local delicacies, including the delicious beef tapa with garlic rice and chicken pancit (noodles).

Our second day in Palawan began with a visit to the Puerto Princesa Subterranean River National Park, which as well as being a UNESCO World Heritage Site, has been named as one of the New7Wonders of Nature.

This underground river truly is a natural wonder – and is one of the longest in the world at over 8km in length. Tours take you in as far as 1.5km in order to protect the site and the animals that live there, and as you enter you find that the boat goes silent as everyone takes in the beauty of the caverns and rock formations. Surprisingly this cool, rocky setting is a haven for lots of wildlife, as we passed under groups of sleeping bats and would watch the birds zip by grabbing a tasty insect snack. Our guide also pointed out a rocky island that is left alone – as it is home to many a poisonous snake and spider! 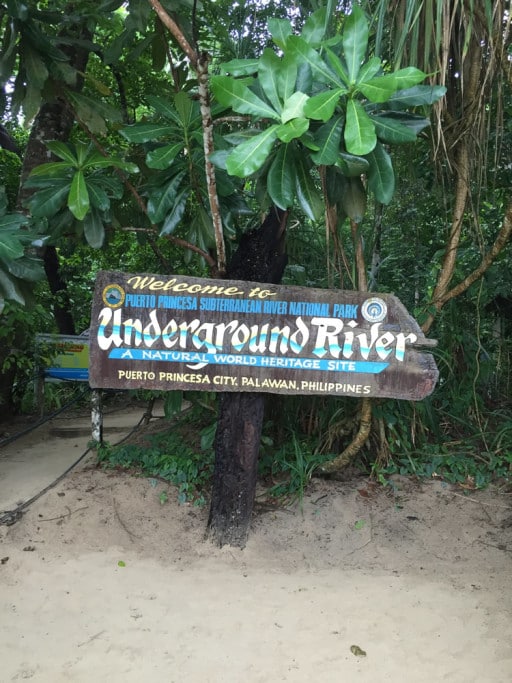 What makes the tour even more fun is the guides commentaries, as they point out the rock formations and what they’ve decided they look like. A whole section of the river’s rock formations appear to be dedicated to root vegetables, which was hilarious, but there were some really impressive formations – one really did look like Batman hanging from the roof, and another took the form of a giant T-Rex head!

Eating with your hands

We then took a tour of the Sheridan’s organic farm before sitting for a kamayan lunch; which basically entails eating with your hands. An amazing spread fresh from the farm, was laid out on a bed of palm leaves and then you tuck in by creating a mix of the foods in front of you. If you want to really embrace Filipino culture then this is the best way to eat your meals. Delicious! 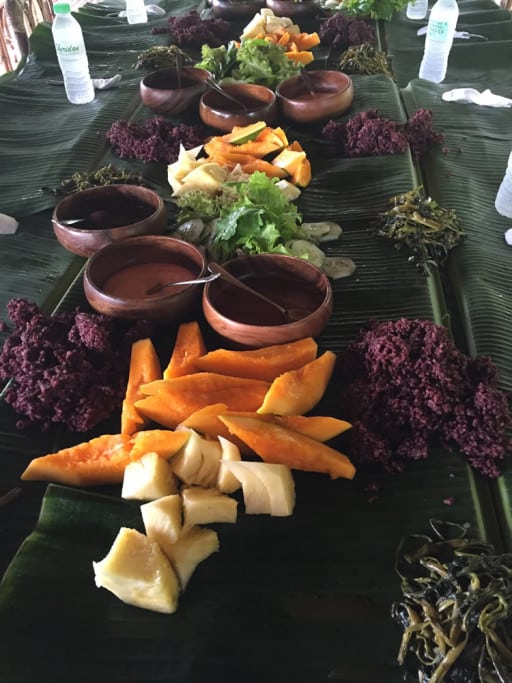 Our final afternoon in Palawan was one of extremes. First we went on a chilled out Sabang mangrove paddleboat tour, where a wonderful volunteer taught us all about the mangrove’s importance to the local community while he took us through the century old forest, pointing out the wildlife as we went by. You could tell he was truly passionate and it was wonderful to learn about them from someone who clearly cared so much. To top it all off he ended our tour with a little song, which was both memorable and unexpected! 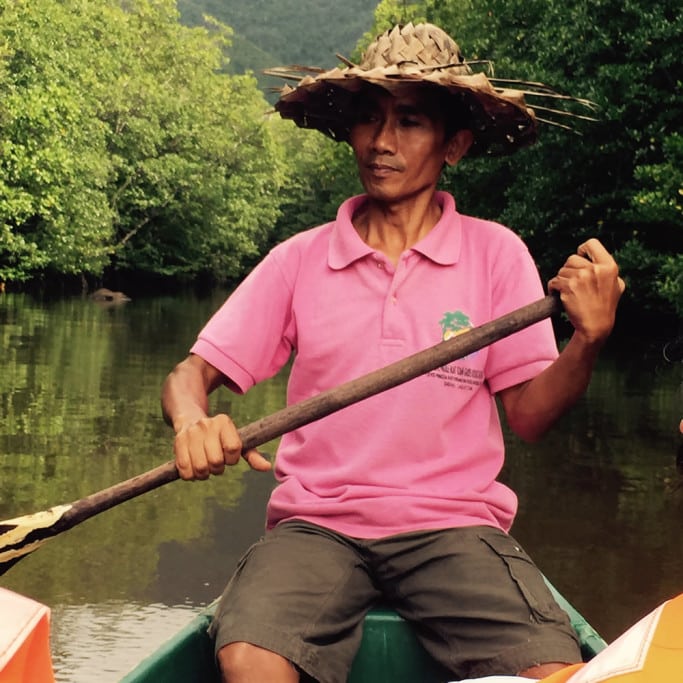 Time for an adrenaline rush

But then the action ramped up, as our afternoon took an action-fuelled turn with some zip lining over the sea followed by an ATV drive through the jungle.

After getting an adrenaline rush from throwing ourselves off a cliff and ‘flying’ across the water we then got our engines roaring at the hotel’s very own jungle track, which is just a few minutes drive from the hotel. After getting set up and mastering the controls, we followed our guide off site and onto the main road through Sabang. Squeezing the accelerator and racing down the road, I felt elated as the wind rushed passed me and I took in the awe-inspiring views. Groups of children by the side of the road waved as we passed by and that short drive was one of my real highlights of our stay – I felt so free! 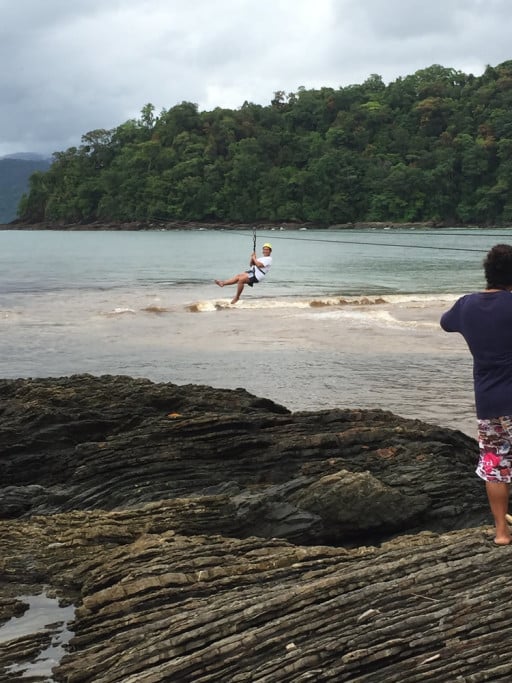 And then it got messy. Having rained earlier in the day our jungle track was in perfect off-roading condition – if you don’t mind getting muddy that is! We spent a good half hour slip-sliding around bends and splashing through puddles. Even getting stuck was fun! I found myself getting competitive, trying to overtake when I got the chance and I had a grin on my face the entire time. Such fun!

We managed to experience so much during our 48-hour stay, and our trip showed us that Palawan has something for everyone. Whether you’re a sun worshipper, water baby, animal lover, adrenaline junkie, foodie or explorer there’s something perfect for you. My taste of Palawan has left me craving more, so perhaps I’ll see you there! 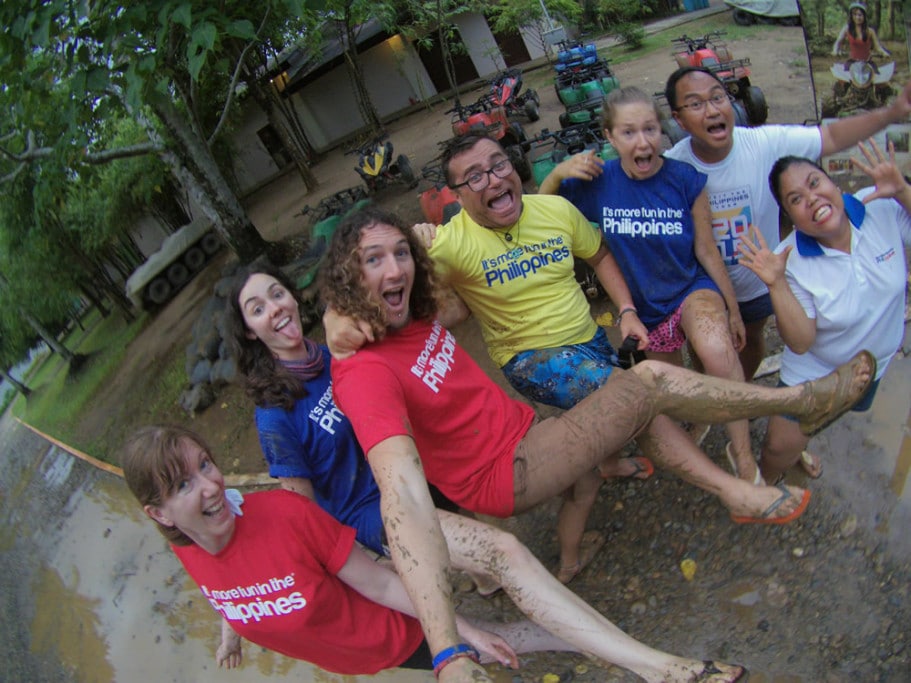 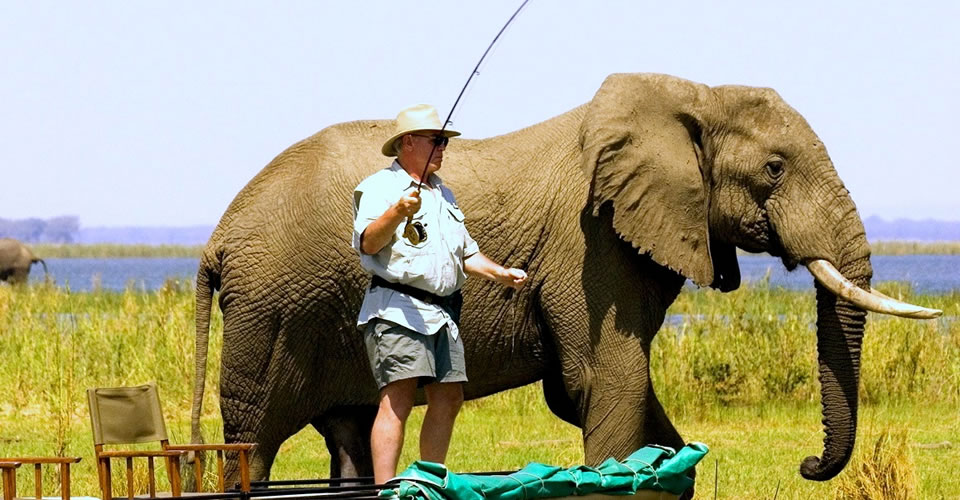 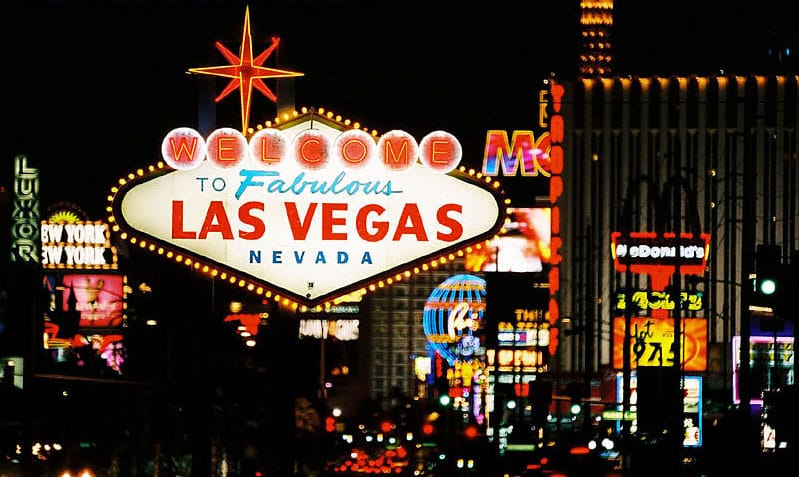 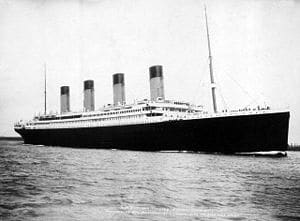 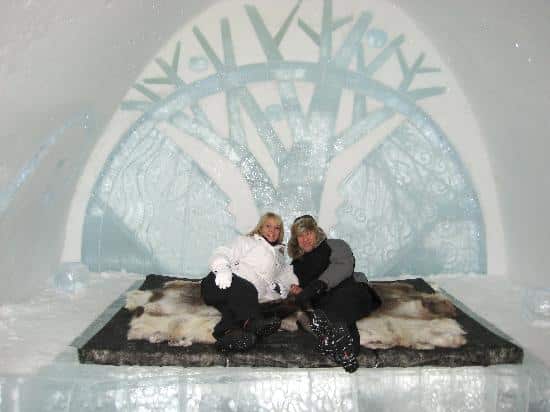 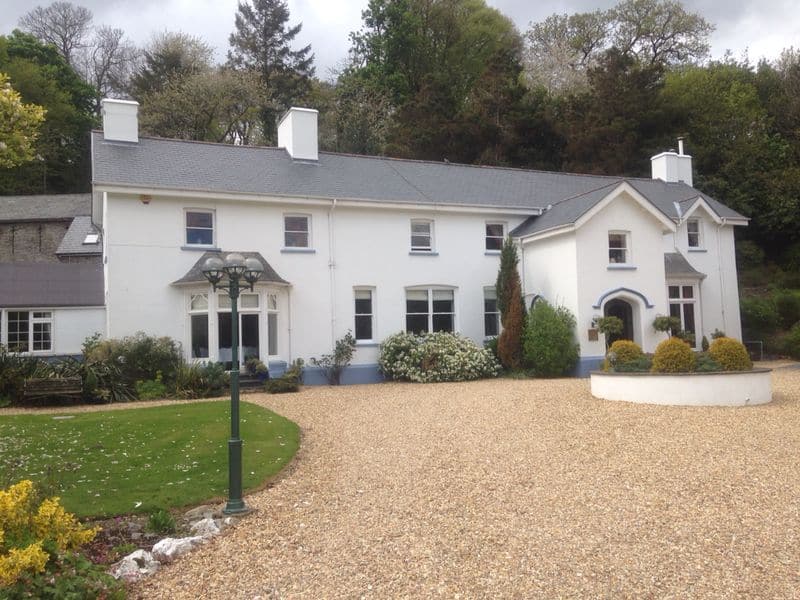